Portrait of William Hagerson and his son Asa 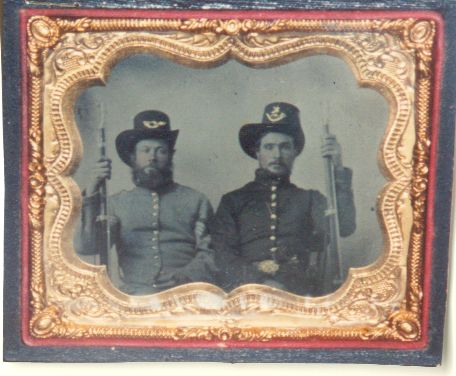 On this page are two images of letters written by Sergeant William Hagerson while he was in winter camp near Falmouth, Va. The letters were sent to me by Mildred R. Loose, whose ancestor was Sergeant William Hagerson. After the images, I have added transcriptions of their texts. Both Ms. Loose and I have taken a stab at deciphering the handwriting.

From the context of the letter, it appears that Hagerson was not with the company during the Battle of Fredericksburg, but returned the following February to what was left of the regiment. In the letter William refers to his son Asa as having been sent from the regiment to the hospital at Windmill Point while William was away. Asa had joined the regiment, before he was yet 18, in September 1862 at Harrisburg, but became ill. About a month after the letter, on 6 April 1863, Asa was discharged by order of H. C. Hart, Surgeon of Philadelphia, on account of Chronic Rheumatism. Asa rejoined the regiment in 1864, accepting a $200 bounty. His ills were not over. He was wounded at Spottsylvania Court House and also suffered a case of acute hepititis. 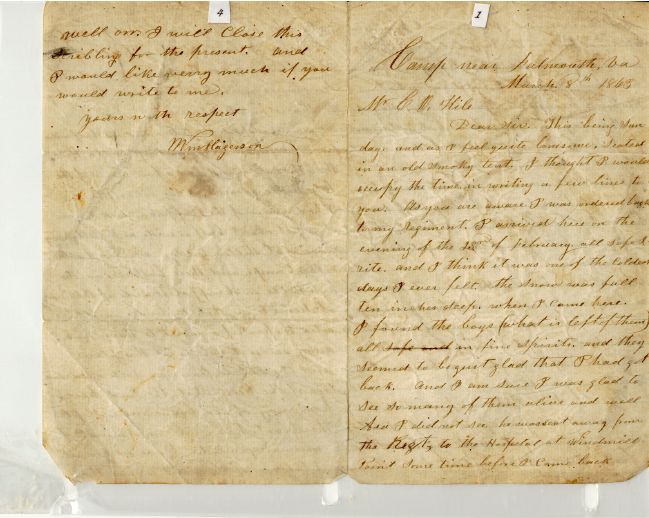 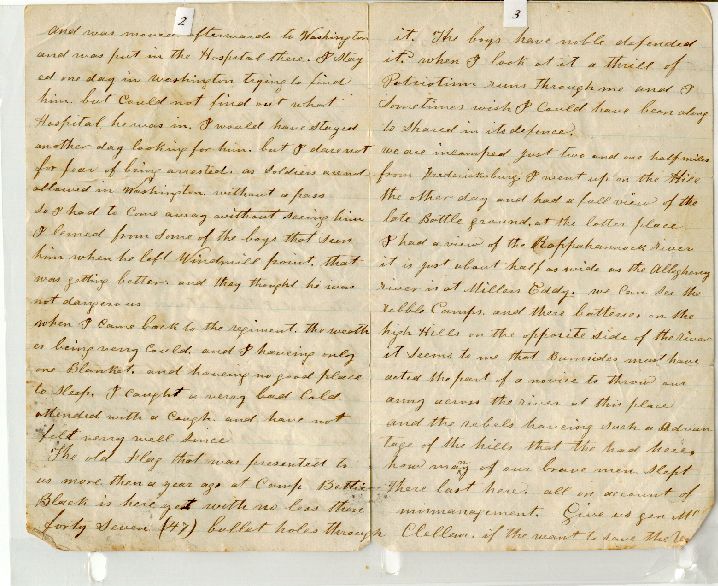 William Hagerson sent this letter to his ten year old son less than a week later. Thanks again to Mildred R. Loose for scanning and sending me the image of the original. 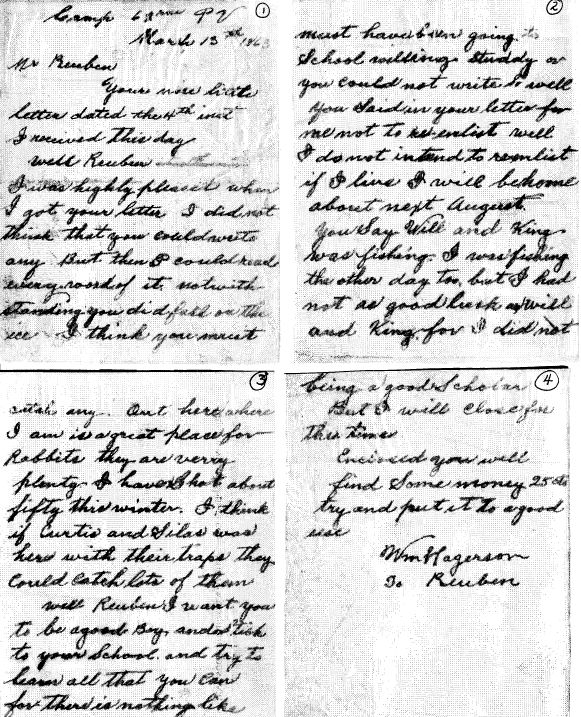 Back to the Pennsylvania 62d Infantry Regiment Page?

Thanks once again to Mildred R. Loose for sharing this letter.